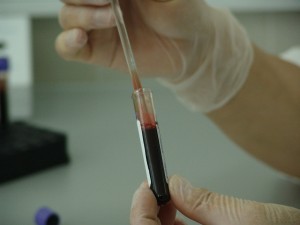 Pharmacogenetics and your DNA

DNA determines a number of things. For example, your eye color, your height, the color of your skin, and the probability for developing certain cancer.  Most people are not aware that DNA also determines you responsiveness to certain drug treatments. The study of this is known as pharmacogenetics. DNA also determines the number of fingers you have, the shape of your face, and tendency to be anxious, depressed and a variety of diseases. For example, Tay Sachs, Cystic Fibrosis and Sickle Cell Anemia are genetically determined. The use of genetic testing has long been used to help couples determine the probability of having a child with a genetic disorder. Most recently, in the news, a famous actress, after genetic testing showed she has the markers for susceptibility for developing breast cancer later in life, decided to have a mastectomy as a pre-emptive move to prevent developing cancer.

Genetics thus far has been used to explain disease and susceptibility to disease.  It has been used to help parents make decisions about having children.  But, wouldn’t it be great if drugs could be designed to treat diseases based upon an individual’s unique DNA?  That is what the new science of pharmacogenetics is all about, taking a DNA sample, determining what genes someone has and what medications would work best for them. Wouldn’t it be great if there was such a thing as personalized medicine?

The most exciting area of medicine for pharmacogenetics is psychiatry

The most exciting area of medicine for pharmacogenetics is psychiatry. DNA is essentially a code, a string of proteins which provide the recipe for how cells synthesize or build the chemicals which are neurotransmitters. As the name suggests, a neurotransmitter is a chemical which is used by the brain to transmit a signal between neurons. It might help to explain how signals are sent within the brain.

A nerve cell or neuron, like all other cells in the human body, has a body, and a long cable-like part called an axon. Some axons are short and some can run the length of the spine and like a fiber optic cable, are used to send a signal to either another neuron or to a muscle cell. Along the neuron itself, the signal is sent electrically. But, nerve cells do not touch each other. In between each neuron and the next neuron is a gap. That space is actually called a neuronal gap. The way that nerve cells communicate to each other is by dumping out neurotransmitters into that gap where they are picked up by the nerve cell or muscle cell on the other side of the gap.

This may sound complex, but what is important to know is that different neurotransmitters control different systems in the body and that the amount of that neurotransmitter affects mood. For example, not having enough serotonin has been implicated in depression. But depression is not caused by the lack of simply one neurotransmitter, not enough dopamine also seems to affect mood. The problem is that although all depression may look the same on the outside, each person’s individual biochemistry, based upon how their DNA codes for the production of neurotransmitters. That means the same drug won’t work for everybody.

Currently, psychiatrists use a hit or miss method for figuring out which drug works best to treat a patient’s depression. One SSRI might work for one person but not another. An MAO-inhibiter might be a better choice. Psycho pharamacogenetic testing can identify which specific medication might be most effective. Soon, personalized medicine will involve taking a swab from the cells inside of the patient’s check, and then getting a pharmacogenetic report back telling the psychiatrist exactly which medication is the most effective.