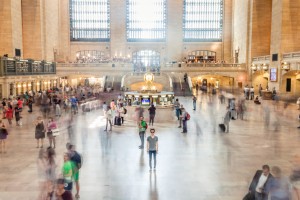 Pharmacogenetics is gaining traction all over the world, and while it is a mouthful to say ten times fast, its potential in healthcare and related fields is huge. With potential to affect everything from healthcare costs to medicines developed, there are exciting things coming from a combination of medicine and science that most people don’t even know about. What exactly is it though? Pharmacogenetics or Pharmacogenomics as some refer to it, is the melding of two related but different fields of science and medicine-Genetics and pharmacology.

Very simply, our genes play a huge part in our health. Carriers of certain genes are more susceptible to asthma, cancer, and a myraid of other health issues and concerns. Keep in mind that the complete human genome was only completely indexed in 2003 ( See Human Genome Project site ) which basically laid the groundwork for us to start analyzing the role genes play in specific health conditions. Since 2003 researchers have been sequencing and mapping genetic expressions for many different health issues. Genetic researchers are using that information to add to a growing understanding of how genetic expression affects everyday ailments and serious health problems. There was even an explosion in so called “at home” genetic tests which purported to give private individuals a better understanding of their genetic make up and possible health risks or liabilities. Most notable among these genetic testing companies is the website 23AndMe, which offers, for a small expense, to give you a complete genetic profile. Armed with this information people have discovered disease susceptibility, aspects of their ancestry that they weren’t aware existed, as well gained a better understanding of their genetic health and makeup. The “at home” genetics testing market share is predicted to hit 25 Billion annually by 2025 according to a recent report from Marketwatch.com and that is only taking into account genetic testing and services. Additionally as more genetic patters are sequenced and costs continue to fall, more and more aspects of genetic testing will become available to large portions of the public.

Estimated Savings of Pharmacogenomics is Multi-billions per year

Genetic research is a topic that is vast and covered better in depth elsewhere but for our purposes let’s consider genetic research as being the research and understanding of the role that genetics plays in healthcare. Two individuals often have very different genes when it comes to specific things like resistance to life saving cancer drugs or even pain medication. Gene sequencing and genetic research allows us to uncover what genes are responsible for certain treatment being effective or not as effective. With some cancer treatment drugs costing upwards of $10,000 to $20,000 per treatment round, there are increasing calls to lower the cost of life saving treatment. The solution to this very real problem is to be found in pharmacogenomics; which will allow physicians to make better decisions when it comes to treatment options.

Consider our cancer patient example, if a patient is given a treatment protocol that cost $15,000 but doesn’t respond well to it, and requires an additional round or two of treatment at $10,000, we are looking at a total cost of treatment of $45,000 (removing other costs for simplification purposes). However with a simple genetic screen or genetic sequencing of the patient, what if the oncologist was able to determine, prior to deciding on a treatment course, that the $15,000 treatment was less likely to work than a different drug treatment which costs $20,000. Even though in our example the physician chose to use a course of treatment that was more expensive initially, lets assume that this second option was effective and that this patient was treated for an upfront cost of $20,000 vs $45,000 for total treatment. If we look at the figures from The American Cancer society on cancer rates from 2014, there were roughly 1 million people diagnosed with cancer in 2014. Cutting that number in half to roughly 600,000 and multiplying the savings of 20,000 we get a savings of 120,000,000 or more simply 120 billion dollars. This is a gross over simplification as not all cancer treatments are the same cost and different cancer treatments will have differing costs of treatment, simple math and conjecture proves how important pharmacogenetics can be. Those figures only contemplating the money saved from just one disease type-cancer. Think of the potential impact across other diseases that require expensive and costly treatment like diabetes, glaucoma, arthritis, or krohn’s disease. With healthcare costs rising, and an increasingly aging population the financial impact of pharmacogenomics is too huge to ignore.

We’ve looked at the potential cost saving measures of pharmacogenomics with a rough example but another facet of this to consider is new drug creation. Something else to consider is how pharmacogenomic companies can influence the creation of better designer drugs so to speak. Biotech companies stand at the forefront of health and science innovation, and with the tools provided by pharmacogenetic research whole classes and types of medications can be created. The beauty of all this research is that it allows for targeted medications and drug therapies to produced specific to your genetic needs. The implications this has for healthcare is astounding. What was only the stuff of science fiction writers is now becoming possible. Increasingly being used in psychiatry to determine a patients responsiveness to certain anti-depressants or anti-psychotics, pharmacogenomics is improving the lives of millions of every day people already. There a many drugs that currently help manage aspects of certain psychiatric issues such as schizophrenia, but require various drug cocktails working in conjunction. As we better understand the genetic causes of certain mental health issues better medicine can be created to address those illnesses.

In summation pharmacogenetic research has some very powerful implications and possibilities, and it would be impossible to cover them all in just this one short article, but we hope to develop the dialogue surrounding this field to bring increased awareness to the public. Looking at it from just a financial perspective alone, it’s clear that pharmacogenomics has billion dollar potential to change the face of healthcare and medicine across the globe. The overall most important facet of pharmacogenetics and all the aspects of healthcare and medicine, is the potential this technology has to save and changes lives all over the globe. It may sound glib and be a phrase that is overused but we think know that pharmacogenomics truly does have a chance to change the very world we live in.