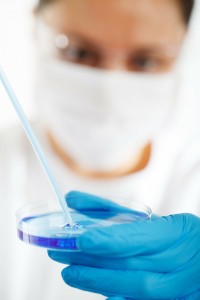 Pharmacogenetics Use In The Treatment Of Mental Health Disorders

In a 2011 article titled Pharmacogenetics of antidepressant response, Porcelli, Drago and Seretti perform a meta-analysis of dozens of research articles on pharmacogenomics to determine both the state of the research and identify which genetic markers might be implicated in the metabolism of various psychotropic medications and therefore, which might have a factor in the efficacy of prescribed medications for various psychiatric disorders.

A meta-analysis is a study in which a researcher does not conduct their own research, but looks at a large sample of other people’s studies and then analyzes the scientific rigorousness of those other studies and looks for patterns.  The idea is that the larger the sample size of people, the more significant the results. Also, if there is significance to some research, it should be replicable. Therefore, if you look at enough research on the same thing, you will be able to determine if the effect is present.

With Pharmacogenetics Psychiatrists Hope To Eliminate The Guesswork

The field of pharmacogenomics is new and cutting edge. The mechanisms for how medications work is complex. We do know that given any large sample of individuals given some particular antidepressant, that medication will not be equally effective for all individuals in the study. Even with the most effective medication, some some people will have no response and might even have negative side effects. Currently, psychotropic medications in particular and most medications in general are prescribed on a trial and error basis.  The medical doctor prescribes an antidepressant, the patient takes the medication and returns in two weeks and reports back. Based upon patient report of response and side effects, the psychiatrist then adjusts the dosage, adds another medication which might have a synergistic effect or changes the medication in a process that is more based upon art and luck than upon science.

The goal of pharmacogenetic research, and the goals of the work of Porcelli and his colleagues is to remove the art, increase the science by better understanding the relationship between an individual’s DNA, their unique genetic code and the way they respond to medications.  Quoting the article, “Pharmacogenetics is the study of how an individual’s genetics affects his or her response to drugs, combining traditional pharmaceutical sciences, such as biochemistry, with annotated knowledge of genes, proteins and single-nucleotide polymorphisms (SNPs).”  Basically, the brain sends messages and signals to different other parts of the brain and nervous system both by chemically mediated electrical signals and through the production, release and absorption of neurotransmitters.

A neurotransmitter can be thought of as a chemical key, a protein chain, which because of its shape and electrical characteristics opens certain sorts of molecules on nerve cells called receptor sites.  The shape, production and occurrence of these receptor sites are controlled by the specific genetics of the individual as determined by their DNA.  Commonly known neurotransmitters are dopamine, serotonin and norepinephrine. The quantity and availability of those neurotransmitters affects mood, anxiety, alertness and thinking.

What is even more intriguing in the study of psychopharamocogenetics is that while it is known that there is variation within a population on the effectiveness of some medication, between racial groups there is a great variation. For example, a gene called CYP2D6 affects the ability  to metabolize anti-depressants. About 5%-10% of all white people have a variant of that gene which makes them poor at metabolizing anti-depressants.  But in Asian populations, as many as 20% of people have a variant of that CYP2D6 gene which makes them poor at metabolizing anti-depressants.  That means that that for them, certain medications are going to be less effective than in other racial groups.  While it is interesting how variations in DNA result in difference in effectiveness of psychiatric medications the real value of pharmacogenetic research is the hope that it will eventually eliminate the guesswork, the trial and error aspect of prescribing medications for depression and other mood and anxiety disorders. It will change an art which is practiced by luck into a science which can be improved in order to help individuals be relieved of their pain.