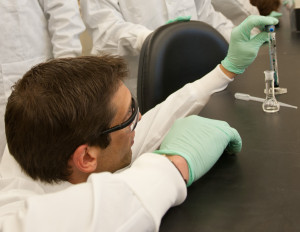 Q&A With Our Pharmacogenomics Expert

Recently, we were lucky enough to sit down with our Pharmacogenetic expert and talk about the development, benefits, and risks of pharmacogenetics/pharmacogenomics.  She has been an expert in the pharmacogenomic field dating back to its infancy stages in the late 60’s.  Here is a bit of our conversation:

PGT.com: Doctor, since President Obama, in his State of the Union Address, coined the phrase “Precision Medication,” a lot of our readers have been asking exactly what that is.  Can you help elaborate on what the President meant?

Dr. Silverstein:  Well, what the President was referring to was pharmacogenomics which is a variation of pharmacogenetics -the study of genetic variation in drug response.  In modern day medicine, we use a “one-size-fits-all,” prescription method.  This is absolutely prehistoric!  We knew 60 years ago that there is a correlation between genetics and medication yet we haven’t done anything about it!

PGT.com: Wow! So you’re saying in the 1950’s we knew about this relationship and the FDA/ government did nothing about it?

Dr. Silverstein: Precisely.  Through tests in 1959, we discovered some things about the relationship between drugs and genetics, but we have done little to utilize the information we have gained.

“utilizing pharmacogenomics, these deaths could have at least been minimized.”

PGT.com:  And aren’t adverse drug reactions or ADRs still a big killer in the United States?

Dr. Silverstein: Yes they are, which is very disheartening because they are in large part preventable,  ADRs were between the fourth and sixth biggest killers in the United States.  Now that is not to say that Pharmacogenetic testing would have eradicated all ADRs; however, utilizing pharmacogenomics, these deaths could have at least been minimized.

PGT.com: How exactly could that be? How do the tests work?

Dr. Silverstein:  Well simply put, there are two technologies that could create safer prescriptions for patients.  This would mean the right drugs for the right patients.

The first technology is an “SNP.” “SNPs,” are nucleotide polymorphisms which tell the difference between peoples genomes -genetic makeups which are very important when determining the effectiveness of certain drugs for certain diseases AND how a patient will react to them.  DNA chips are testing kits that allow a doctor to test thousands of bits of DNA at the same time, which reduces the cost of the testing.  This is just a broad overview.

Our goal is to find a more effective way for treating certain diseases.  By effective, I don’t mean just for the patient, even though those advances will be tremendous.  We could save thousands of lives with these advances.  These drugs that treat patients aren’t cheap!  The pharmaceutical companies will save money because the pharmacogenetic testing results will allow us to prescribe a more accurate dose of medication -minimizing waste.  We want to pin point solutions, not use the guess and check method for prescribing medications for these insidious diseases.  Hopefully with Obama’s new initiative, we can increase the effectiveness and decrease the fatalities.