Adverse Drug Reactions Can Be Prevented By PGX Testing

Pharmacogenetics is generally lumped into a category of what health care practitioners call, preventative medicine because of the in depth information it provides healthcare professionals and patients. It’s estimated that a tremendous portion of healthcare related costs in the US could be averted with the preventative medical benefits of pharmacogenetics, and in particular where pharmaceuticals and prescription medication is concerned.
A new survey from consumer reports on Americans’ medical habits has uncovered that roughly half of all adults are taking prescription medication, and are typically being prescribed multiple medications simultaneously.
In addition, to averaging four prescription medications per person, many people are also consuming over the counter medication, dietary supplements, vitamins, and herbal treatments. With all the medications being ingested there is an increased risk for complications.
The study also uncovered that many of those medications may be doing more harm than good, as many times after consulting with their physicians people were able to remove on average one or more medications that had been previously prescribed.
Even more alarming then the over prescribing is the fact that most people polled revealed that the medications were coming from differing health care providers who in many instances may not have been aware of what the other had been prescribing.
It is precisely this kind of prescribing and health care practices that has led to a monumental increase of adverse drug reactions, more commonly known as ADRS.

What is an Adverse Drug Reaction?

Adverse drug reactions occur when two or more medications either combine to have a harmful effect, negate each other, or cause unforeseen complications when taken in conjunction. In 2014, nearly 1.3 million people sought emergency room treatment for adverse drug effects, and about 124,000 people died, according to U.S. government data.

There is great promise in the potential of genetic information to help inform clinicians’ decisions of which medications to prescribe. Researchers have come to believe that genetic variation may contribute to the risk/benefit ratio each drug has, but that contribution needs to be better understood, but current pharmacogenetic testing methods are robust enough to make a difference today..
Pharmacogenetic testing can not only can tell patients and doctors what genetic factors are at play before prescribing medications, it can alert health care providers to adverse drug reactions before an event occurs.
If we as a country are going to do more to curb ADRS, cut down on extravagant health care costs associated with prescription medications, and improve healthcare nationwide,pharmacogenetic testing is truly the ounce of prevention where the pound of cure has been far too costly in every sense of the word.

If you are interested in purchasing a DNA Testing Kit for Pharmacogenomics, use the link below. 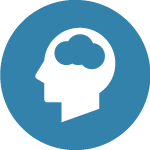